Since my last Debian upgrade, I was unable to get Xorg starting. After reboot, Xorg freeze, using 100% CPU…

My NVidia configuration was up for 2 years, and all Debian upgrade works well. As an Open technologies fan, my first response was : “Putin de pilotes propriétaires…*”. It seems to me that the only non-free software used was the problem.

After checking my log, the only incorrect thing was video card memory amount. The driver count 512Mo, while my card have only 256Mo…
Sometimes, but not every boot, I get kernel message :
NVRM: os_schedule: Attempted to yield the CPU while in atomic or interrupt context 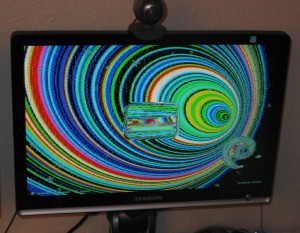 My last test was to open my computer to check connections, remove dust… And then, as I cleanning my video card, I noticed this: 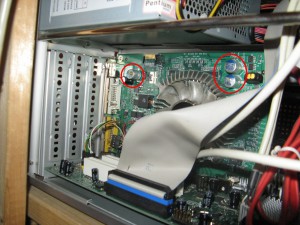 Sorry NVidia driver, this time it’s not your fault ^^.

*: non-free driver bullshit (yes, I use my native language when I grunt).